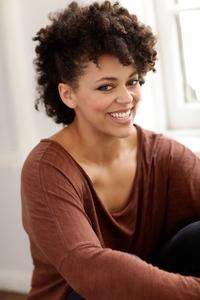 Kelsey is a Stage Combat and Intimacy Advisor for Yale College, Lecturer in Acting at the David Geffen School of Drama at Yale, and serves as one of their faculty Intimacy Directors. Kelsey recently worked as Intimacy Coach on A Raisin in the Sun at Yale Repertory Theatre, and partnered with Michael Rossmy on the intimacy direction for Susan Lori Parks’ White Noise directed by Oskar Eustis, Measure For Measure for The Public’s Mobile Unit, and Blue’s For An Alabama Sky with the Keen Company. At the School of Drama, Kelsey has collaborated on multiple productions including How Black Girls Get Over Fuckbois, Tilted, and Is God Is.

Onstage, Kelsey has most recently been seen in Shakespeare Theatre Company’s Hamlet alongside Michael Urie, and in The Folger Theatre’s Love’s Labor’s Lost.  Other credits include productions at The Flea, Capital Repertory Theater, and Pennsylvania Shakespeare Festival. Kelsey also was seen in a production of Midsummer Night’s Dream at Shakespeare’s Globe Sam Wanamaker Festival.

She received her MFA from Rutgers Mason Gross School of the Arts and Shakespeare’s Globe London. While studying in London she studied Stage Combat under Jonathan Waller and received a certification from the British Academy of Stage and Screen Combat. She has taken part in many workshops for physical theater with Pig Iron Theatre Company’s Dito van Reigersberg, Basil Twist, and Everett Quinton.